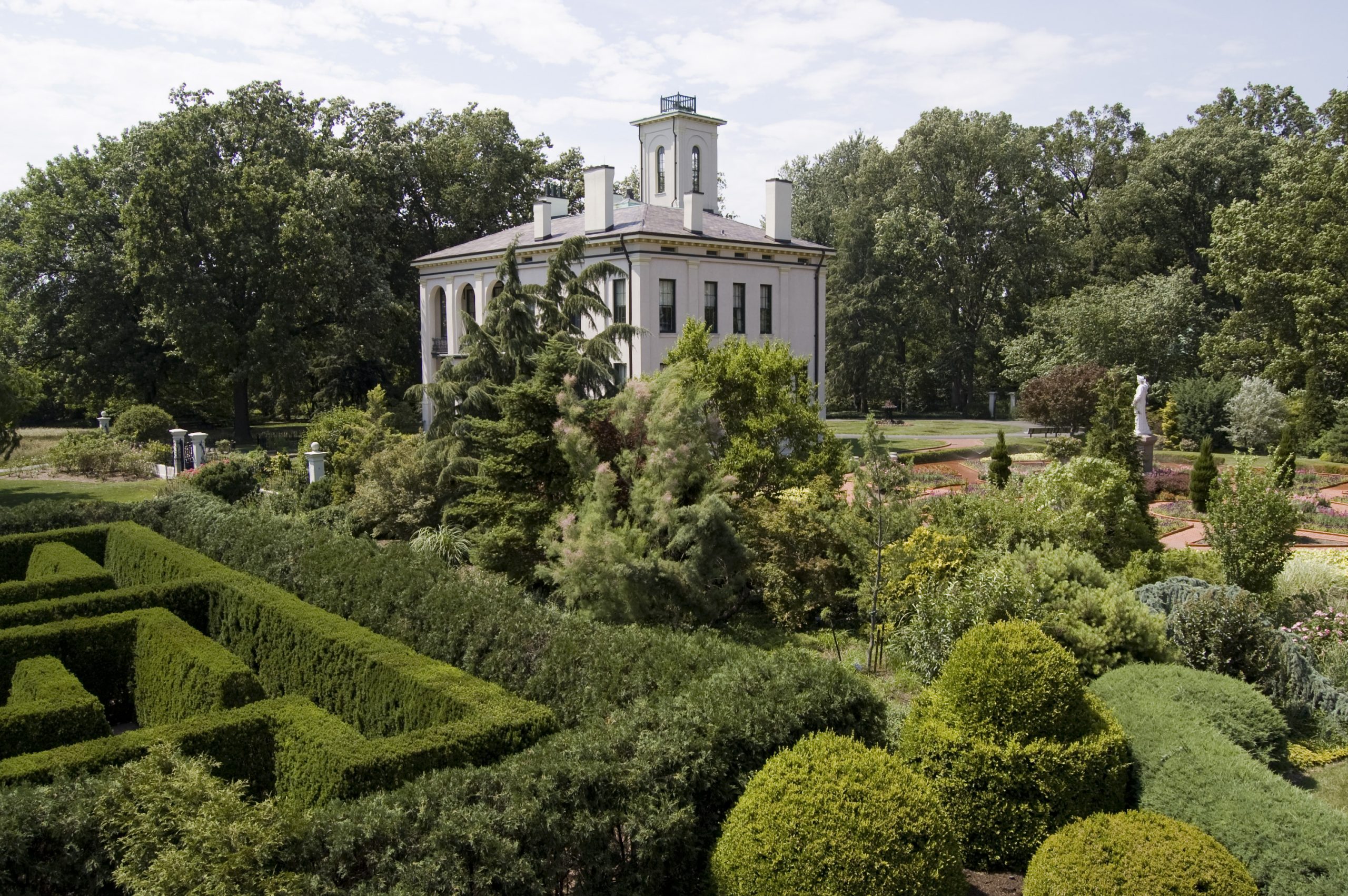 Located at 4344 Shaw Boulevard, St. Louis, Missouri, the Missouri Botanical Garden was founded by philanthropist Henry Shaw and features a herbarium with at least 6.6 million specimens. Also known as Shaw’s Garden, it is the second-largest botanical garden in North America after the New York Botanical Garden. Henry Shaw was a slave owner, businessman, and landowner of where the botanical garden is currently located. It was founded in 1859 and is a National Historic Landmark and among the oldest botanical institutions listed in the National Register of Historic Places in the entire U.S.

Features of the Botanical Gard

The research institution lies on a 79-acre piece of land and provides science and research education of international repute. It also features Seiwa-en, a 14-acre Japanese strolling garden and the Climatron geodesic dome conservatory. Here, you’ll also find a children’s garden, a playground, a pioneer village, a water locking system, and a fountain area. There is also an Osage camp as well as Henry Shaw’s 1850 primary estate home. Some of Dale Chihuly’s glass sculptures, including “Glass in the Garden”, can also be found throughout the garden. In 2006, four pieces were bought to remain here and entertain guests at the garden.

Events and Activities at the Garden

The garden provides the ground for several annual cultural festivals, the St. Louis Chinese Culture Days Committee’s Chinese Culture Days and the Japanese Festival. When you visit the botanical garden during this time, you get to enjoy the showcases of the culture’s botanics, including cultural arts and crafts, food, and music. On the other hand, the Japanese Festival features plenty of activities that include sumo wrestling, Koma-mawashi top-spinning, kimono fashion shows, and taiko drumming. The garden has also been known for multiple Asian festivals such as bonsai growing, evident all year round.

The Sophia M. Sachs Butterfly House, Chesterfield, which includes an 8, 000-square-foot indoor butterfly conservatory, is also operated by this botanical garden. There’s also an outdoor butterfly garden. The Missouri Botanical Garden started the Shaw Nature Reserve in 1925 to help preserve plants and keep them away from the city’s pollution. The air in the city later cleared up, allowing the reserve to be open for public enjoyment. The garden has also been used for education and research ever since. The reserve covers a 2, 400-acre area and is located in Gray Summit in Missouri, just 35 miles away from St. Louis. The EarthWays Center provides resources and educates the public about renewable energy, energy efficiency, green practices, and a wide range of other sustainability topics. The Missouri Botanical Garden worked closely with the Royal Botanic garden to create the Plant List, a web-based encyclopedia project that sought to put together a detailed catalogue of botanical nomenclature. With over 1.04 million scientific plant names, 298, 900 of which are accepted species names, the Plant List boasts a comprehensive list of botanical nomenclature. The list also has more than 600 plant families and over 16, 000 plant genera. In a conservation effort dubbed “the Living Earth Collaborative”, the Missouri Botanical Garden partnered with the Washington University, St. Louis, and St. Louis Zoo in 2017 to foster a deeper understanding of how humans can contribute to the preservation of the different natural environments that permit microbes, plants, and animals to grow, thrive, and survive. Monsanto, an American biotechnology and agrochemical company founded in 1901, has donated $10 million to the botanical garden from the 1970s and named its plant science facility the popular Monsanto Center. Visit this page for Forest Park in St. Louis.

Splendid horticultural displays throughout Garden grounds ensure there is something for everyone. These displays also show thousands of plant species cultivated over 150 years. When you visit the site, popular destinations will include the densely forested English Woodland Garden, the secluded Chinese Garden, the expansive Victorian District, and the bustling Doris I. Schnuck Children’s Garden.

Admission to the garden includes daytime access to virtually all publicly accessible conservatories and display areas. Narrated tours are optional and cost $4 per person from April through October. On the other hand, the daily guided walking tours are free and available upon request. However, note that the ticket is only valid for regular events and not special ones.

So, if you are looking for a place to relax while learning about plants and botanical nomenclature, then the Missouri Botanical Garden is the place to be. With a ticket, you can gain access to all publicly accessible areas, but only during the day. If you’re enthusiastic about plants and nature, you need to visit this place.

Driving directions to our office from Missouri Botanical Gardens

Take I-64 W/US-40 from S Vandeventer Ave and South Boyle Ave
Stay on I-64 W to South Hanley in Richmond Heights
Then take exit 31B from I-64 W
Get onto S Hanley Rd and we will be on the right.