All About the Old Courthouse in St. Louis 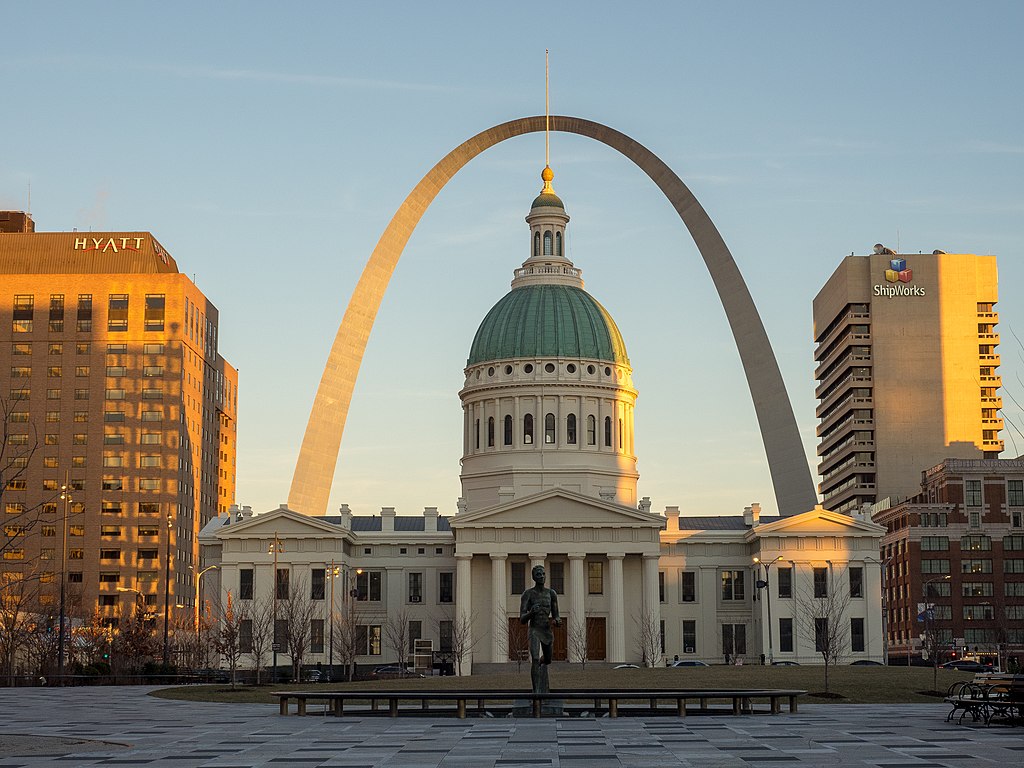 When federal and state courthouses in the City of St. Louis, Missouri were combined, the Old Courthouse was born. It was the tallest habitable building in Missouri between 1864 and 1894. The National Park Service operates the old Courthouse as part of the popular Gateway Arch National Park for events and historical exhibits.

Judge John Baptiste Lucas and Auguste Chouteau donated the land for this courthouse in 1816. They wanted the land to be used as the courthouse of St. Louis County. In 1828, the Federal-style courthouse was set up. Lavielle and Morton’s firm designed it. It was the first architecture firm in the west of Mississippi. As street commissioner between 1823 and 1826, Laveille came up with St. Louis’s street name grid, including ordinal numbers for north-south streets as well as arboreal names for east-west streets. In 1821, Missouri was made a state and the population of St. Louis tripled within 10 years, which prompted the need for a new courthouse.

In 1839, groundbreaking began to start the construction of one of Henry Singleton’s designs, the Greek Revival style that comprised four wings, with an east wing that had the original courthouse and a 3-story cupola dome right at the center. 11 years later, Robert S Mitchell started working on a redesign that included tearing down the east wing and replacing it. Remodeling of the west wing followed between 1855 and 1858. The hearing of the popular Dred Scott citizenship case took place in the west wing before it was remodeled. It is also where Virginia Minor’s case to fight for women’s right to vote took place. Houses four exhibit galleries will help you learn about the rich history of St. Louis in the early days. Trial re-enactments and range-led tours are also available. It is open daily but closed on national holidays such as Christmas, New Year, and Thanksgiving. However, remember that accessibility is limited. Find out all about the Gateway Arch.

Features of the Old Courthouse

Over the decades, the courthouse has undergone dozens of renovations. It has also been the scene of numerous crucial rallies as well as other influential speeches. This 19th-century courthouse has evolved over the decades and today it showcases numerous restored courtrooms, galleries displaying the rich history of St. Louis, and educational dioramas. The exhibits illustrate memorable moments of the city’s past, such as its French beginnings as well as involvement in the expansion westward.

There’s nothing more exciting and humbling about knowing that you’re touring a place where important decisions were made several decades earlier and that many important decisions for the future continue to be made every single day. In the 1857 Dred Scott case, for instance, the judge ruled that people of African descent brought into the U.S. as slaves with no protection by the U.S. Constitution. Its verdict played a crucial role in rallying sentiment for President Lincoln’s Emancipation Proclamation that ultimately led to the end of slavery.

The National Park Service has also listed the courthouse in its National Underground Railroad “Network to Freedom”. If you are looking for a historic repository to help you learn more about the city’s judicial system in the 19th century, then this is the place to visit. Its interior walls also display 4 murals by Carl Wimar, depicting explorer Hernando’s discovery of the Mississippi River and Auguste Chouteau’s founding of the city of St. Louis. Here you’ll also find the British attack on the city during the infamous War of Independence. In the Rotunda, you’ll find the exhibit Dred Scott, the “Struggle to be Free”, and Slavery. The exhibit provides a description of the various aspects of African-American culture and society in general, capturing events from slavery to freedom and black business owners, as well as the “colored aristocracy” of wealthy landowners.

This courthouse is linked to the story of slavery and the Underground Railroad, as it helped to address the legal challenges of slavery. Not only was it a courthouse but also a public forum to help discuss some of the pressing issues in society. Slaves were auctioned in estate settlements, but one man’s desire for freedom helped to start the Civil War that would liberate African Americans from slavery.

Therefore, the Old Courthouse is rich in the history of St. Louis and the country as a whole. If you would like to know how some of the most significant cases in history were solved, you may have to visit the courthouse. You can bring your kids or invite a friend with whom you can have a tour of the place.

Driving directions to our office from Old Courthouse in St. Louis